Rails 5 and 5.1 brings some awesome features such as Attributes API, API mode, ActionCable, Turbolinks, and much more!

Setting up rails 5 along-with current version of rails such as Rails 4 is explained in the first part of Rails 5 series 4 features to watch for in Rails 5.1 beta.

If you are working with rails, you definitely used attr_accessor at some point. It’s pretty useful functionality which defines getter and setter for an attribute which might not exist in the database. For simple use-cases, this was enough, but it lacked some features, such as assigning the type of attributes, setting default values, validations, etc.

I preferred not to use attr_accessor inside my models but used them sparingly across PORO and Service objects, but this new API will change the way I work with virtual attributes in models.

Newly added attributes API allows many features such as:

This API provides a cleaner approach to assign predefined types or custom types and default values to virtual attributes. To understand how it works, let’s look at how active record handles type casting to and from the database.

After submitting forms, AR (Active Record) casts the data received from form to appropriate database type before saving. When data is fetched from the database, it’s again typed cast and serialized accordingly. One important thing to notice here is that AR automatically handles type casting without needing you to specify whether it is an integer, string or some other type.

For example, let’s create a User model with the following database fields:

And in model define name as a virtual attribute with new Attribute API, and full_name with the older approach.

Another useful change is the ability to override the default database field type. age is integer type value, and can be type casted to float .

The go-rails screencast discusses very nicely how attributes api can be utilized in different scenarios.

I have been using rails 4 for API — only applications and this feature will be definitely useful. By default, rails consist of assets pipeline, lots of middlewares and unnecessary overhead that is not required for API only applications.

Rails 5 merges rails-api gem into rails, and provides the option to create api-only application with the following command:

You can checkout rails-api or find various guides for using rails in API mode.

Of course, ‘The ActionCable’:

ActionCable is most widely discussed the feature of Rails 5. After seeing lots of tutorials with a title similar to ‘Let’s create a chat application with Ruby on Rails ActionCable’, I lost the desire to create some random chat app which does nothing significant.

But then I came across this awesome talk ‘Not just another chat app' by “Jesse Wolgamott” where he nicely explains the history of action cable and what can be done with action-cable apart from just real-time chat application.

In short, ActionCable can be used for:

However, If content doesn’t need to be updated almost instantly then Action Cable can be overkill. Maintaining live connections in ActionCable consumes resources, and many of the times simple polling can be a lot more beneficial.

Most frequently used command for me was `rake routes`, and finding a specific route from a long list of routes was easy with:

This can be replaced with:

This is second part of two part series on new significant features in rails 5.1 beta and 5. To dive deep into rails 5 specific features, checkout first part of article series 4 features to watch for in Rails 5.1 beta!

Feel free to talk about the features you are excited about in Rails 5 and share ❤ the article and check out other articles below:

4 features to watch for in Rails 5.1 beta

The Rails 5.1 beta released just few weeks ago, and lots of great features and functionalities are added since rails 5. 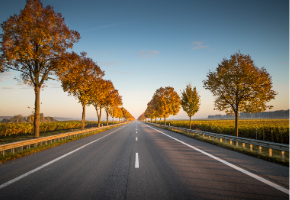 “Danger” between VCS and CI : codeQuality++

Have you ever wanted that, all the coding norms and standardization must be follow by your team so that we can never… 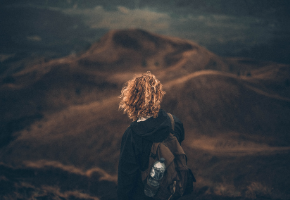 We are a bunch of passionate technocrats who love building products and applications that we take pride in. Our mobile and web applications have been downloaded and used by millions and we’re here to change the internet: One piece at a time!

Share this article
Subscribe to The Friday Brunch
Our twice a month newsletter featuring insights and tips on how to build better experiences for your customers
READ ALSO
4 features to watch for in Rails 5.1 beta
Posted by Parth Modi · 12 Apr, 2017 · 6 min read
Ruby on Rails 6 features — How you can use Rails better [INFOGRAPHIC]
Posted by Karan Shah · 25 Sep, 2019 · 5 min read