Since Flutter’s launch in Dec 2018, many teams have made their hands dirty with Flutter development. Industry leaders like Google, Alibaba have amazed us with their masterpieces built using the Flutter app development. To get started, you can:

Check out our in-depth Flutter Tutorial for Beginners

One of the dilemmas that developers (or CTOs) might have is if it would be possible to integrate existing third-party Native SDKs (and functionality) into Flutter apps. Good news — It is very much possible.

Assume that you want to integrate a video chat platform such as Tokbox’s SDK (for the Video chat / messaging functionality) into your Flutter app. As of now, Tokbox doesn’t have any native SDK (library) for Flutter. Therefore to use the functionality, there are two ways to go about this:

You can directly call native Android and iOS SDKs of Tokbox chat app from your Flutter application — wherein the UI will be driven by Tokbox SDKs. Since this approach uses native UIs of each platform, the app developer is devoid of any responsibility to create working UIs on both the Android and iOS platforms.

A downside of this approach is that even if the whole app supports say iOS 9 (because it’s Flutter), because of one SDK — you will have to support the minimum OS version that all Flutter third party SDKs support!

On the flip side, your development time (including Project Management and QA) and thus costs are reduced.

Going with this approach is that you will have to invest significant time and thus resources to create a Dart UI (Design + Development) which will ultimately offer much better control. Thus you will still be able to support that minimum OS as well as offer a better User Experience.

Before we dig into the “how”, let’s dig into the “why”. Let’s understand what are Flutter Platform channels. Flutter uses a flexible system that allows you to write a platform-specific code either in Java or in Kotlin for Android & in Swift or Objective-C for iOS.

It works on the below message-passing style:

The below diagram illustrates the architecture of the Platform channel in Flutter.

Now let’s integrate the Video chat feature of https://tokbox.com/ to our Flutter application and understand this step by step. I’ll be following the Native SDK-UI integration (first) approach to demonstrate the Platform channel.

I assume you have already created a Flutter application using

Now go to main.dart and follow the below steps.

First, we will construct a method channel which will allow us to communicate between Platform-specific code and Flutter code.

Next, we can invoke any method using this method channel. This method may fail if the target platform doesn’t support the Platform API or throws an Exception. So here PlatformException should be handled well.

Now Android portion of the host app will listen to the Platform channel and receives a message to invoke a method.

We will integrate Tokbox related code using Android SDKs in a separate Activity called VideoScreen. (Full source code is available at the end of the article)

We will start the respective activity when a particular method is invoked via method channel.

MethodCallHandler gives access to MethodCall and MethodChannel.Result. The result allows us to pass data back to the Flutter portion of the app using Success, Error, and notImplemented() method.

Similar to Android, in the iOS host application, we will integrate Tokbox Flutter native iOS SDKs and present VideChatScreen when a particular method is invoked via method channel.

All Good!, Now we are able to work with native SDKs to our Flutter app. The full source code of an application can be found from the below URL.

This sample is to describe method channel feature in practical aspect. (Complete steps in this blog) We will implement… 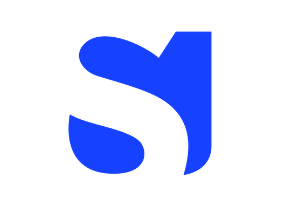 With the team gets ready, Challenges don’t stop there! It is equally challenging to prove to your Clients/Product owners that you can start using Flutter for production apps. If they are still evaluating Flutter, here is everything that you will need to change their minds :)

And if you’re looking for more proof of how much Flutter is already being adopted by companies around the world, check out the showcase.

Share this article
Subscribe to The Friday Brunch
Our twice a month newsletter featuring insights and tips on how to build better experiences for your customers
READ ALSO
Flutter for Web: How to Deploy a Flutter Web App?
Posted by Milind Mevada · 17 Mar, 2020 · 4 min read
How to paginate your data in Flutter
Posted by Aakash Mehta · 14 Jan, 2019 · 3 min read
Flutter Widgets - A brief guide
Posted by Prakash Donga · 22 Oct, 2020 · 3 min read