App Developmentstartup
How to speed up mobile app development?

Mobile app development speed has always been a concern for the business owners especially for the startup owners.

Remember, we said while listing out the lessons we learned while building products for startups,

“Time is of the essence.”

Every business needs to launch their apps faster than their competitors.

If Netflix would have taken a few months more, there would have been a similar app with a different name by different founders. The same case is with any other app like Uber, Airbnb, and more.

That’s the reason why it becomes essential for startups as well as mobile app development companies to find out the ways they can speed up the development and help businesses launch faster.

According to our experience in building time-critical apps such as Reelo, The Ken, and more, here are some of our ways to speed up the mobile app development-

Most of the startups or enterprise business owners now look for building apps for both- Android and iOS. But, when it comes to practically building two different native mobile apps (obviously because of its benefits), the time it takes is quite huge.

Make sure you talk to the experts first before choosing any of these frameworks to save time on your mobile app development.

2. Have a proper app development strategy

Before moving on to developing an app, we make sure we’ve a mobile app development strategy in place. Having a strategy means having a blueprint of a construction site. The way it’s impossible to build a building without a blueprint, it’s not advisable to build an app without a mobile app development strategy. Here we’ve got a few concrete reasons for the same-

So, having an appropriate mobile app development strategy, you can save time while building your mobile apps.

Whether it’s for acquiring funding or getting early customers, a delay can cost you billions. We understand that and that’s the reason why we recommend time-critical projects to always go for building an MVP first.

An MVP (Minimum Viable Product) is a smaller version of the product that consists of the most essential features that can help you test your product in the market and grab early customers.

Building an MVP with only essential features takes less time compared to building a full-fledged mobile app. That’s another way how you can speed up your mobile app development.

A release cycle is the duration when a feature of the app is deployed. The moment we build a feature, we send it out to the client for feedback. This way we reduce the time to release features.

Based on the feedback, we can make the required changes to the feature. Such shorter release cycles help us get continuous feedback on the app, improve it consistently, and deploy it faster, making it one of the great ways to speed up the app development process.

If you think that everyone uses this methodology then you’re mistaken because there are companies that still use traditional methods where functionality is fully developed and then testing is performed. In this case, most of the bugs will be found at the time of testing. The bugs would be sent back to the development team to resolve, test, and qualify them again.

If bugs are sent while the development is on, the developers can quickly resolve them. Otherwise, it takes a lot of time for the developers to get into the code after a few weeks, and rectify the errors.

Another way we increase the speed to develop mobile apps is we create low-fidelity wireframes of the apps. Let’s understand what that means.

Wireframes visually represent the blueprint of the mobile app, and we create them for our developers to understand how the app should be arranged to make sure it serves the purpose of the businesses.

Wireframes are of two types- low-fidelity and high-fidelity.

Let’s take an example of a high-fidelity wireframe of the apps that we have built, Reelo loyalty app-

Creating low-fidelity wireframes takes less time compared to high-fidelity ones. But, our developers understand the layout we expect from an app.

So, we create low-fidelity wireframes to speed up the development.

Another way we speed up the development is through automating the mobile app testing.

Sometimes, some app functionalities are quite complex, and testing them would take hours and hours to manually check them for errors and exceptions.

That’s where we bring in automation testing tools that help us quickly find bugs and send them to the development team for further improvement.

Traditionally, mobile apps are first sent to the testers. Once, the developers resolve the bugs shared by the testers, then the app is sent to the QA team. By that time, QAs don’t come into picture.

But, that takes a lot of time in QAing. So we ask our testers and QAs to simultaneously check the app for its quality so that we can speed up the improvements required and deploy the apps faster.

9. Have a dedicated team

Though this is last in this list, it’s the most important way to speed up the mobile app development.

When developers are working on multiple projects, their priorities are shared among the projects. That way, their productivity as well as efficiency gets affected, which increases the time to build mobile apps.

That’s the reason why having a dedicated team for building your apps becomes a significant way to boost the app development speed.

For every app development project, we’ve a dedicated team of strategists, designers, developers, testers, and QAs. It helps us deploy quality apps within the expected timeline.

Conclusion: Speed matters, but quality matters the most

Most of the startups and enterprises come with their expected timeline to launch the mobile apps. But, it’s not that their expectations define the timeline, but it’s the requirements that does.

So, based on what type of app you’re looking for, technologies you want to inculcate, and more defines the timeline of your app development.

Discuss your requirements in detail with us. We can come up with the suggestions, thought-processes, and implementation scenarios that can help us reach a mutually agreed-upon timeline to deploy your mobile apps.

After all, we want to deploy the apps faster but not at the cost of its quality. What say? 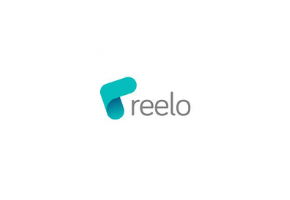 See how we built a online video doctor consultation platform along with an online pharmacy solution for a startup based out of UK. 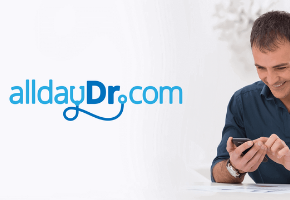 Share this article
Subscribe to The Friday Brunch
Our twice a month newsletter featuring insights and tips on how to build better experiences for your customers
READ ALSO
When is Flutter good for your business app development?
Posted by Milind Mevada · 27 Jan, 2021 · 5 Min read
How we built Reelo? A loyalty app that has over 2M customers
Posted by Prakash Donga · 24 Sep, 2020 · 6 min read