ML Kit and Other Big Announcements from Google I/O 2018

Top Announcements from the Google I/O 2018

Google just had its annual input/output. In technical terms, an I/O is the exchange of information between devices, but, in this case, it applies to Google and its users. Every year, Google works hard to be able to impress people and make its products better than ever before, and this year was no exception. Among the Google I/O announcements, updates in Google’s Artificial Intelligence, Google Assistant, a whole new OS, the ML Kit, are just a few.

The new Google assistant is multiple orders smarter than its pre-update version. It can, rather creepily so, hold elongated conversations with humans. It sounds more human than ever and with the 6 new voices launched alongside, it could certainly pass the Turing test, at least over the phone. The new assistant is set to change the user experience of mobile users as voice-enabled functions will improve significantly. For example, you no longer have to say “Ok Google” with every new sentence, saying “Hey Google” once is enough and you can have a conversation from that point on. This includes Google understanding multiple questions within a single statement.

The new operating system has several features designed to make the user’s experience as enhanced as possible. The new OS allows users to enjoy features such as adaptive battery and adaptive brightness, Slices of user interface when you hover over an app, screen-rotation being activated only at time of rotating the screen if you want to, the “Dashboard” which will track your usage to make it healthy, and a ton of other small changes. This new OS is targeted at countering the FOMO syndrome that has infected billions of smartphone users all over the world.

The AI of Google is now smarter than ever with the Google Assistant heavily reliant on it for speech emulation. But, more than that, the new AI has been applied to Gmail, one of Google’s best products. The AI understands your emails and patterns of reply you could use and suggests them as you type replies. This small change takes a lot more processing power than one might think. It is so accurate that many people are calling it creepy.

Google also launched the new Machine Learning Kit. This nifty program allows developers to use machine-learning algorithms through pre-designed machine learning modules into their apps. Moreover, it is a cross-platform kit and can be used for both IOS and Android development. Some examples of pre-programmed features are barcode scanners, face detection, text prediction, landmark recognition, among others. The Google machine learning platform is now accessible to all.

Are We in the Future?

Well, aren’t we always? But, Google I/O 2018 has truly surprised people around the world due to the speed at which these innovations have been launched by the tech giant. All these features and many more together are part of their drive to make the user experience of their users as seamlessly as possible! 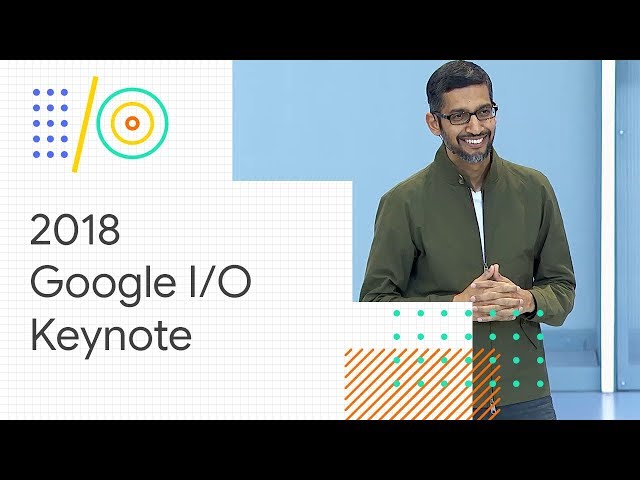 SoluteLabs is a high-performance team of 25 focused on mobile and web design and development; we have produced top #10 chart-topping applications on Android and iOS app stores, graphics that have gone viral and applications with Millions of downloads.